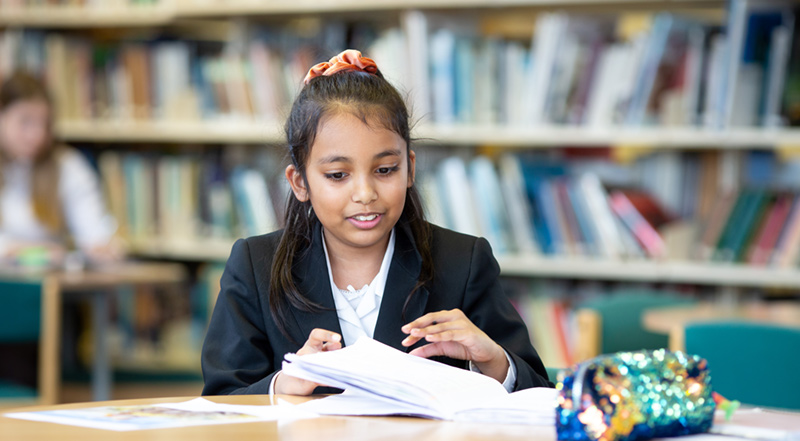 The History Department believes that a study of the past is an essential element in making sense of the world today, and in developing core skills for the twenty-first century. Literacy, empathy, engagement and analysis are among the qualities encouraged by an investigative approach to the past, its people and its events.

The History Department consists of two main classrooms and a specialist Sixth Form room, in close proximity on the Humanities corridor. Each is equipped with data projectors allowing extensive use of ICT and resources from the Internet. There is an additional Department Office and store-room.

History is a compulsory subject in Years 7-9. These pupils are introduced to the principles of historical study through units on Native Americans, Medieval England, Tudor and Stuart Britain and the twentieth century world. At GCSE the current Modern World course (OCR) will be replaced from September 2016 by an OCR course covering a wider range of periods and embracing the History of Medicine. The new (2015) two-year A-level course comprises a depth study of modern Italy, a breadth study of Tudor England and a personal study (research-based) on modern Germany. We try to avoid being purely a study of ‘men in moustaches’ (the twentieth century dictators) in order to provide pupils with a rich range of reference and an opportunity to reflect on the breadth of history: political, economic, social, cultural, military, religious and so on. At all stages pupils are encouraged to think and make reasoned judgements, to write at length and to recognise the value and limitations of historical evidence. We believe that they (and we) genuinely enjoy the pursuit of a greater appreciation and understanding of the past.

The History Department runs an extensive programme of trips. Year 7 visit Goodrich Castle and Kempley Church as part of their study of medieval society; Year 8 take part in the ‘Hands on the Past’ day at Baddesley Clinton to immerse themselves in Tudor England; Year 9 visit the Cold War Museum at RAF Cosford, and the Year 10 tour of the World War I Battlefields of northern France and Belgium has become an annual event of considerable value. At Sixth Form we co-operate with the Economics and Languages Departments in European visits to cities such as Belin, Krakow and Rome.