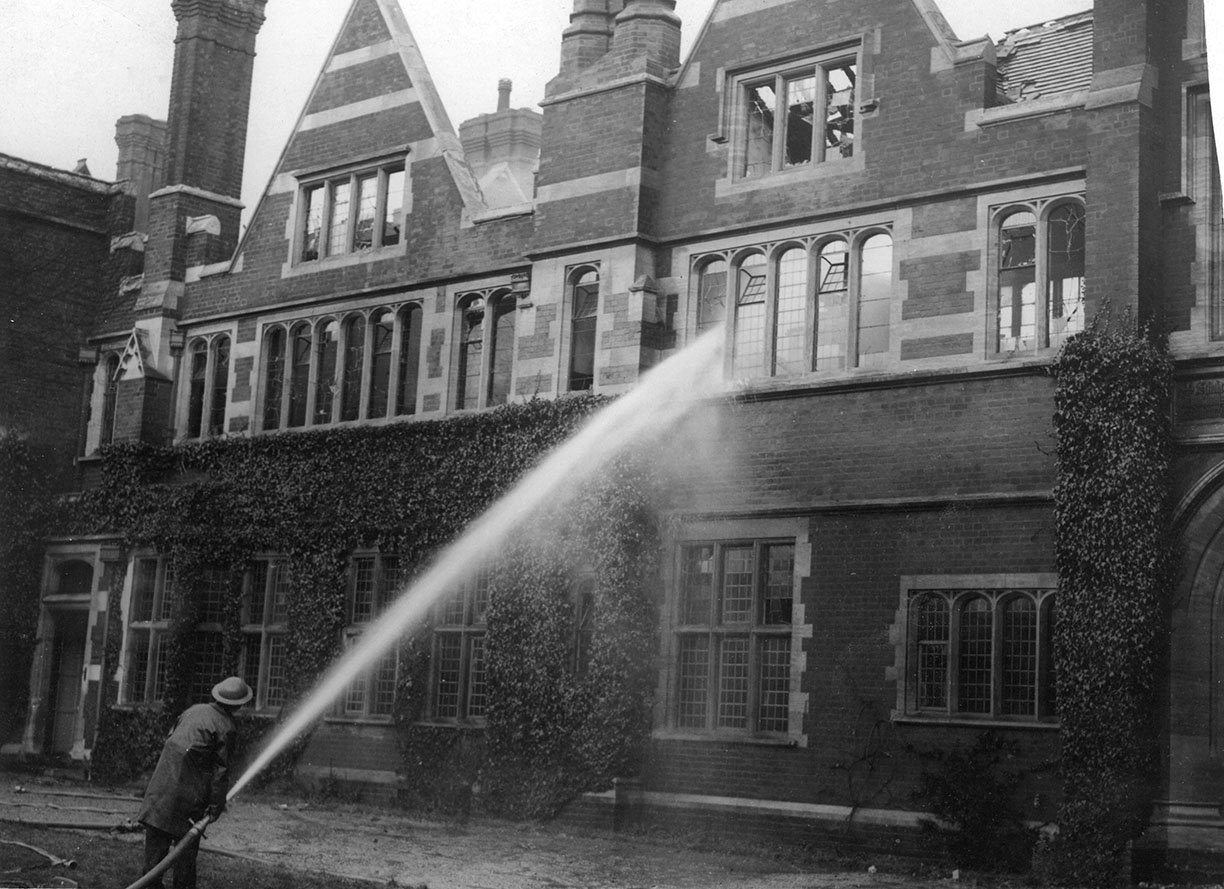 We are excited to share with you a very special publication created by Mr Phillips along with Chris Holland (former Head of History).

Many of you will know that this Easter is the 80th anniversary of the second Coventry blitz, during which large parts of the School were destroyed and damaged. This fantastic publication documents the School during this period, through an amazing collection of accounts and photography from our School Archive.

The Most Disastrous Year – 80th anniversary of the second Coventry blitz

Most Old Coventrians with an interest in rugby would quickly be able to name one of the school’s two ‘British Lions’: David Duckham. This dashing, leonine winger was a key member of the legendary 1971 triumph in New Zealand. Few, if any, would be able to name the other. It is not Peter Preece or Peter Rossborough. Neither of these splendid backs, Duckham’s contemporaries in England teams, went on a Lions tour; Preece, like Duckham, was unavailable for the South African tour in 1974. Nor was Andy Goode, England international in the professional era, selected in 2005 or 2009. Instead, we must go back well over a century, to 1908, for the involvement of Herbert Laxon, Old Coventrian, in a tour of New Zealand and Australia which, though the ‘Lions’ term was not formalised until 1950, was regarded as a Great Britain rugby union football team.

Please find links below. These will take you to electronic versions of recent publications.

Follow the recent successes of the last year in the Coventrians News.

Hard copies of all these publications are available from school upon request. 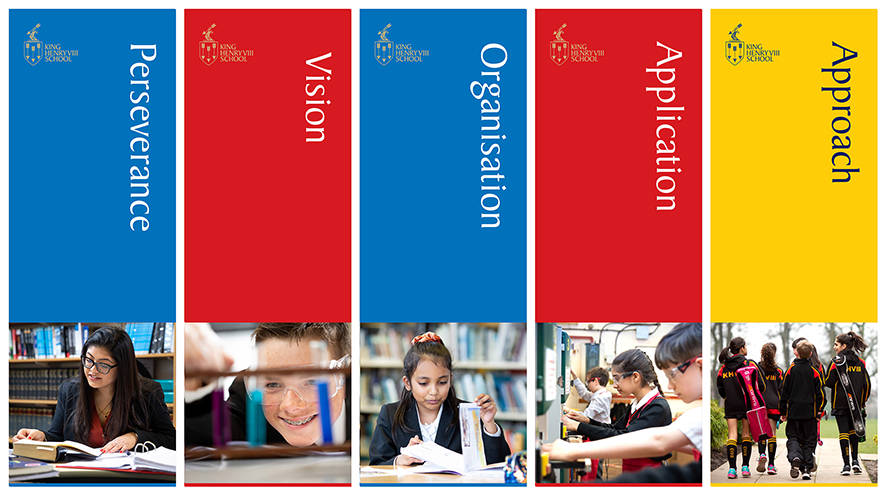 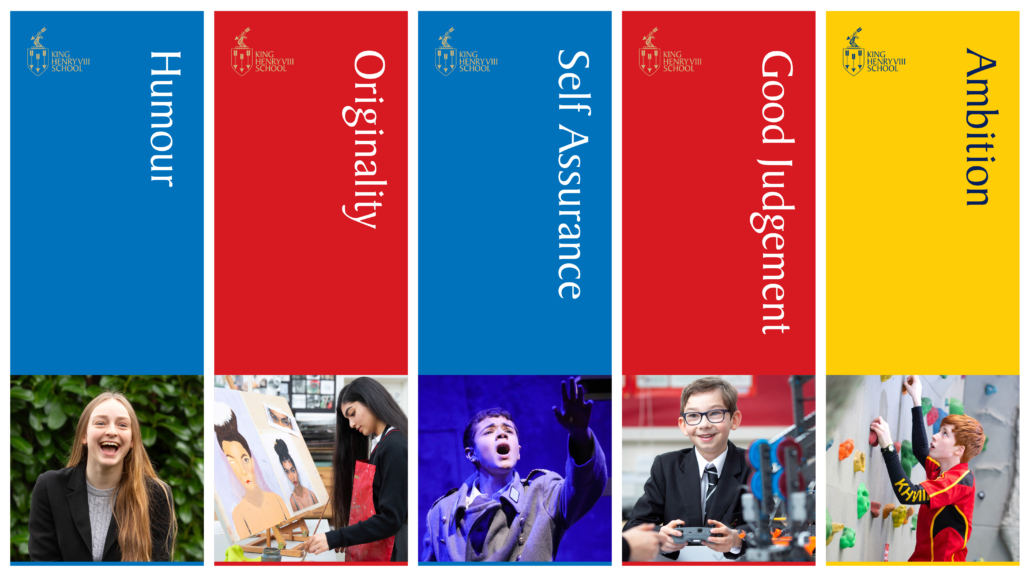 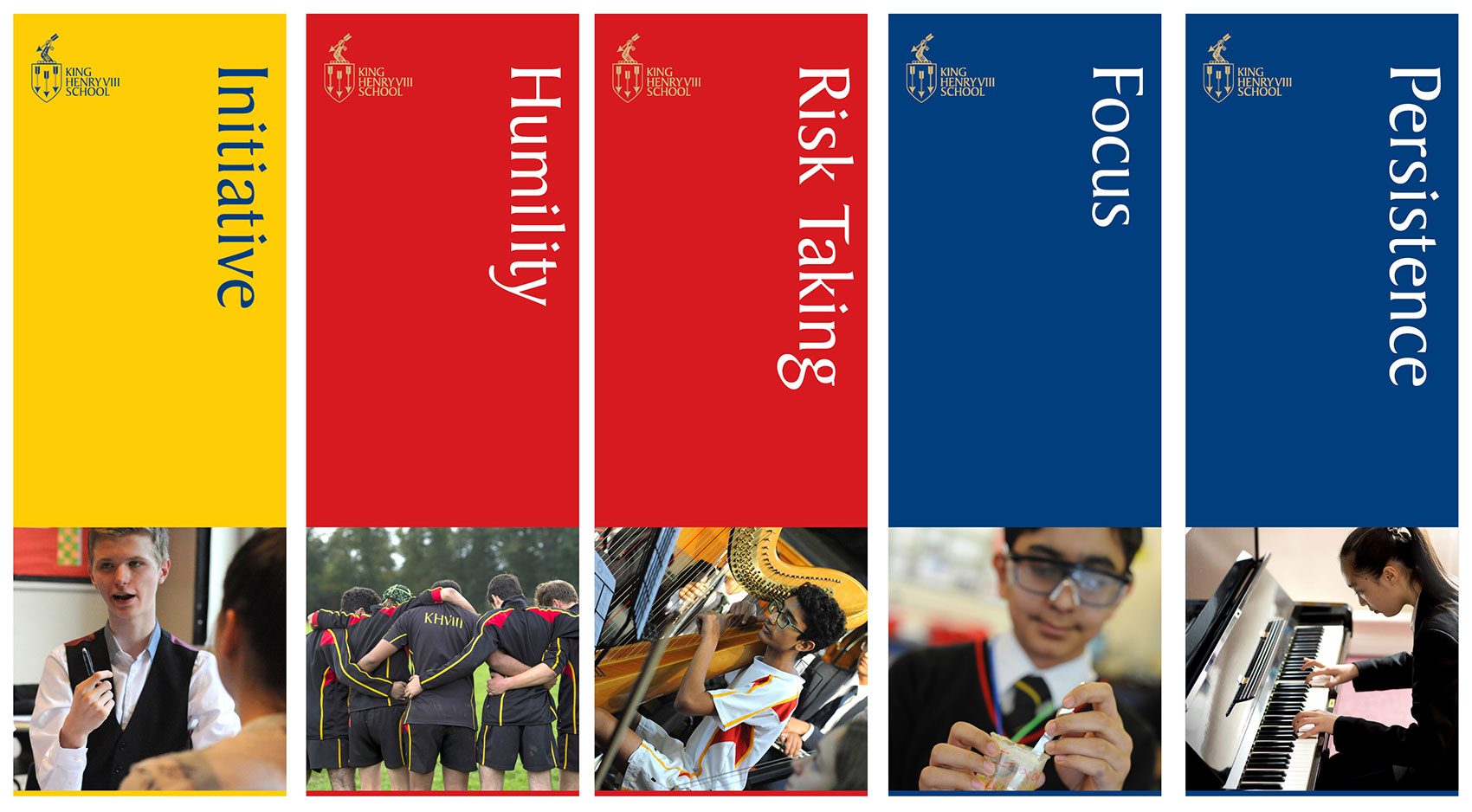 The last three years have seen the school have an underlying focus on Developing Intellectual Character.  We see this as supporting our main aims of allowing our young people to be the best that they can be in whatever activity they choose.  Much of our work in this area is rooted in ‘Growth Mindset’ theory where we believe that children are not bound by any predetermined limit in any particular discipline.  Instead, we believe that hard work will be rewarded by improvement and eventual success.  Hard work is much more significant than any innate ability (which many believe is not fixed in any case).

King Henry VIII School has always advocated the approach that effective learning results as a three way partnership between the child, the school, and parents.  The development of Intellectual Character is an essential part of this process in giving the children the skills to become increasingly independent as they enter adulthood, with a decreased reliance on others for success with more skilful thinking and a deeper understanding of themselves.

Research into these areas have revealed:

Pupils who take personal responsibility for life events such as learning have been labelled ‘internals’ and the typical research finding is that internals are associated with greater academic achievement when compared to ‘externals’ who consider learning to be out of their hands.  This greater sense of control also promotes greater ‘mental toughness’ among pupils.  Sadly, research has also shown that over the last two generations there has been an increase in children claiming learning is more external than internal.

Parents are most likely to have a positive influence on educational outcomes when they promote strong aspirations and expectations, and when they take a more active approach in learning.  Negative effects have been shown to come from parents who take a ‘surveillance approach’ and early intervention (as opposed to giving children an opportunity to resolve their own problems first).

Schools are at their most effective in gaining strong educational outcomes when they promote a positive climate in the classroom and positive peer influences.  Powerful effects have been shown to include an appropriate curriculum that is challenging to the students.  Of particular importance is the nature of the teacher-student relationship and positive, formative feedback. 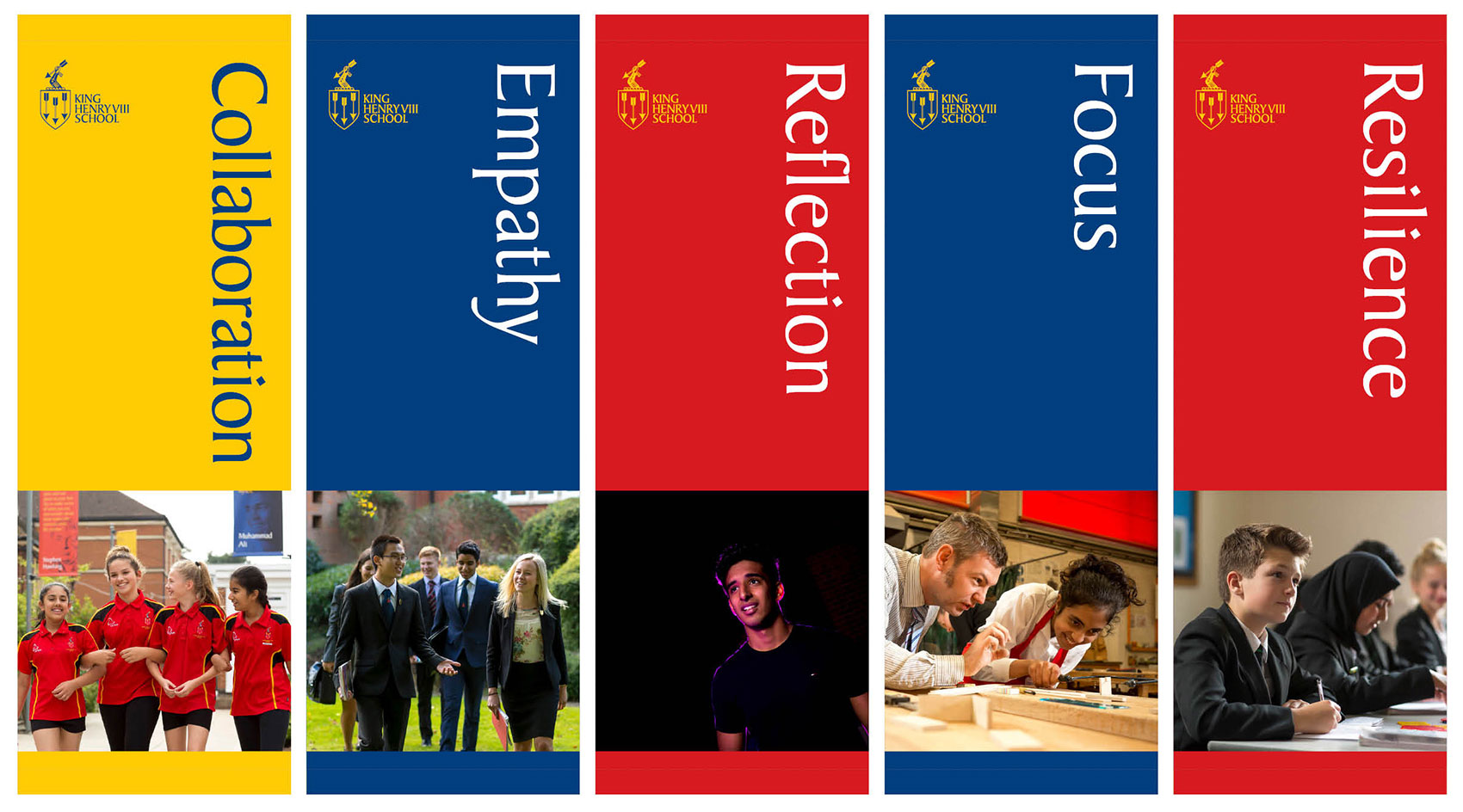 Last year saw the school have an underlying focus on Developing Intellectual Character.  We see this as supporting our main aims of allowing the young people to be the best that they can be in whatever activity they choose.  We believe that children are not bound by any predetermined limit in a particular discipline.  Instead, we believe that hard work will be rewarded by improvement and eventual success.  Hard work is much more significant than any innate ability (which many believe is not fixed in any case).

The concept of Intellectual Character is closely linked to ‘Mental Toughness’.  Mental Toughness has been the subject of significant research in recent years and it is becoming increasingly apparent that Mental Toughness is more significant to a person’s success than IQ.  Indeed, non-cognitive traits associated with Mental Toughness such as delayed gratification, self discipline and a positive attitude of mind, can actively increase IQ scores if developed over time.

Mental Toughness is a personality trait which determines, in large part, how individuals respond to stress, pressure, challenge, and change, irrespective of prevailing circumstances.

Unfortunately, stress, pressure, challenge, and change are ever present in our modern life.  Of course, we can limit the exposure of children to these aspects of life.  This might be advantageous but some exposure may be out of our control, and having no exposure to these aspects may not be the best preparation for adult life.  We must also prepare children, by developing Mental Toughness and Intellectual Character, to deal positively with these facets of a modern and successful life.

Our current focus on Developing Intellectual Character is entirely consistent with the aim of improving Mental Toughness.   Parents will be aware that last year we chose to consider, more carefully, the aspects of aspiration, persistence, curiosity, initiative and resilience.
In addition to enhancing our understanding of Mental Toughness, we will again take a specific look at other aspects of Intellectual Character.  The staff at King Henry VIII School have identified 4 further aspects of intellectual character that are significant.  Together with resilience (a significant characteristic that we will retain) we will prioritise these aspects to create most improvement within the intellectual character of our children. 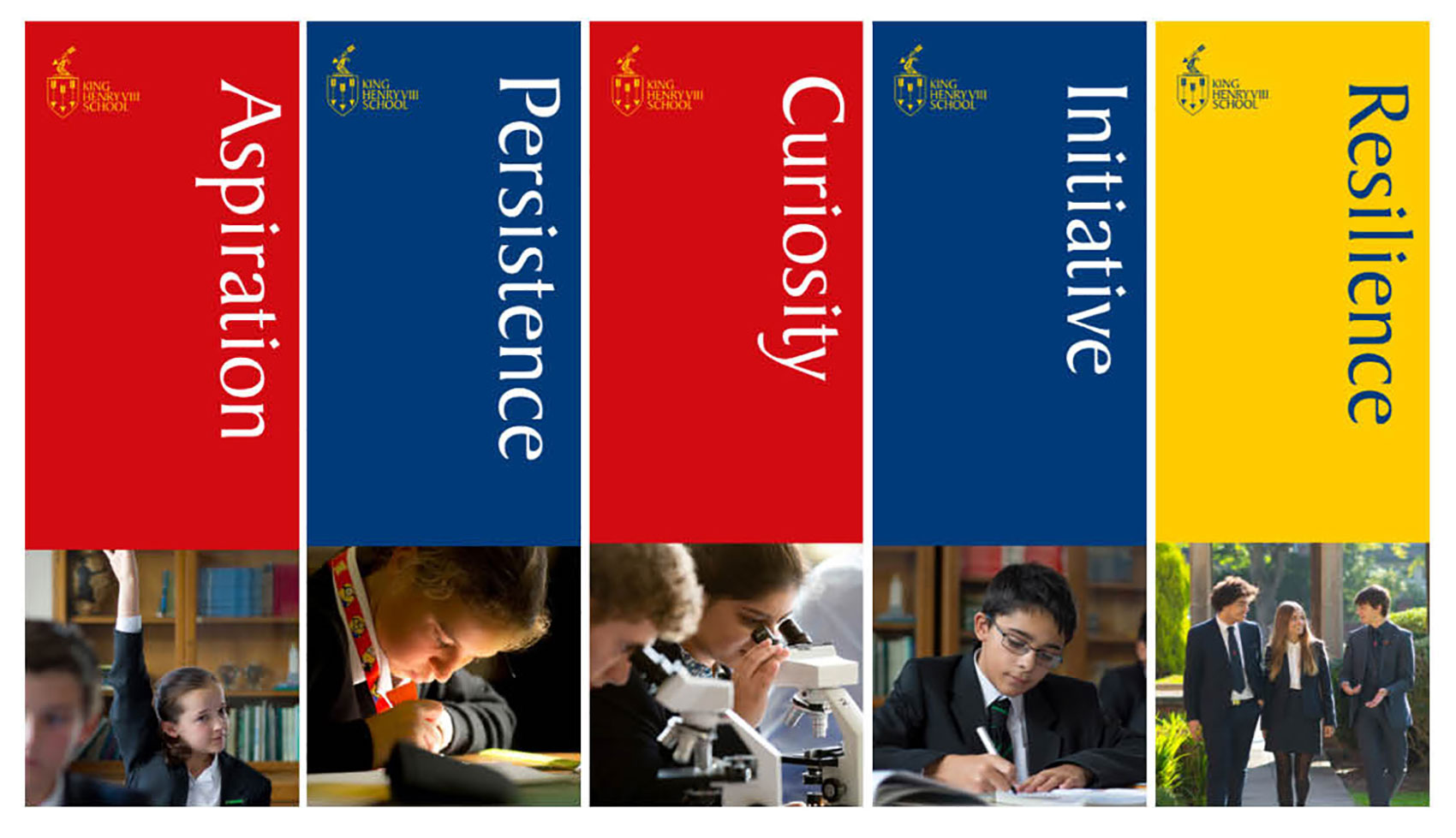 One of our main aims at King Henry VIII School is to allow young people to be the best that they can be in whatever activity they choose.  We believe that children are not bound by any predetermined limit in a particular discipline.  Instead, we believe that hard work will be rewarded by improvement and eventual success.  Hard work is much more significant than any innate ability (which educationalists increasingly believe is not fixed in any case).

Developing the skills in children to become effective learners is something that will help them throughout their lives and not just at school.  This requires an independence in a young person’s learning that decreases a reliance on teaching and ultimately leads to more skilful thinking and a deeper understanding that children can form independently.

Effective learning has, as its foundation, strong intellectual character.

Intellectual character is made up of many difference facets; ambition, collaboration, flexibility of mind, reasoning, etc.

The staff at King Henry VIII School have recently drawn upon their expertise and collective experience to identify which aspects of intellectual character are most significant and which we currently develop successfully.  We have also spent some time identifying which of these aspects might be prioritised to create most improvement within the intellectual character of our pupils.