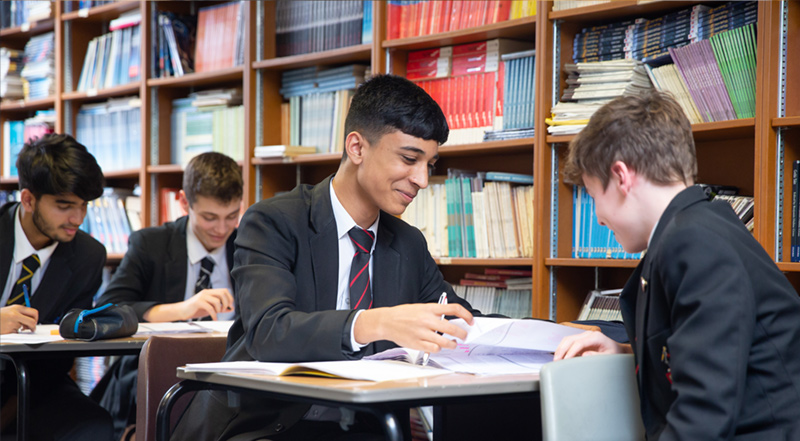 The English Department at King Henry VIII is an enthusiastic team of seven full-time and one part-time teachers. We are committed to encouraging and fostering in pupils a long-lasting love of literature and to helping pupils explore the ways in which literature can teach them about the world and about themselves. We are a friendly team, with high expectations of our pupils but maintaining, we hope, a relaxed and open relationship with them.

The English Department consists of six spacious classrooms. Each classroom is equipped with data projectors and networked computers. We also have a recently refurbished Drama Studio, where pupils can hone their drama skills. Two of the rooms are specifically Sixth Form teaching rooms, each with their own specialist library for English Language or English Literature. ICT provision takes place in a suite of IT rooms.

As a core subject, it is our responsibility to ensure that all pupils make progress in their literacy skills and in their understanding and interpretation of a range of texts. We offer units of work on the History of the Language, Shakespeare, the Novel, Poetry and others in order to widen and develop their love of the subject and their knowledge. Each Year builds on key skills so that by the time pupils reach Year 10, we feel that they are ready to take on the challenges of GCSE with confidence and insight. We mentor and teach pupils applying for Oxbridge and have seen many of our Sixth Formers successfully gain a place at the college of their choice. We work closely with the Librarian to arrange events such as the Big Read and for pupils to have opportunities to write reviews of books for other pupils. Equally, we also work closely with the Learning Development co-ordinator to ensure that all pupils can work to the best of their ability.

We run a range of trips across the Key Stages of the Curriculum. Year 7 have an annual trip at Christmas to see a play being performed either at Stratford or in Birmingham. We also take pupils to see dramatic productions of texts whenever opportunities arise. For example, Year 9, after studying Lord of the Flies, saw the Regent’s Park production in order to facilitate their understanding of the text. Equally, Year 11 had the opportunity to see Of Mice and Men performed at the Birmingham Rep. Obviously the opportunities for theatre and cinema increase in the Sixth Form and we are enthusiastic followers of NT Live productions at Warwick Arts Centre. Some of our past trips include Hamlet, The Glass Menagerie and Coriolanus. We also liaise with the Librarian and offer opportunities for Sixth Formers which include, for example, a trip to the British Library to develop and understand research skills together with lectures on particular texts.