On Wednesday 5th February, 91 teams, comprising 470 runners, attended the Annual King Henry VIII School Relay Race. As for every one of the 49 years this race has been run in Coventry, the event was held at the War Memorial Park: a 2.3 mile route, taking in the grass, footpaths and the necessary mud and puddles of the woodland to the west of the park.

Schools and visitors from all over the UK, travelling from north of the Lake District and along the south coast of England came to experience another fantastic day of XC relay. Bradford Grammar School secured their first girls’ win, whilst the Judd School from Kent dominated every aspect of the boys’ race: record times for both A and B teams, and fastest leg for captain James Kingston.

In fine running conditions, Ermysted’s School, Skipton, started strongly as usual in the Boy’s race: in-form Sebastian Segger-Staveley pushed on halfway into the iconic multi-terrain loop to clinch the first of 6 stages in 11:22, a 48s improvement on 2019, and a time which only Kingston would pip later. County champions Matthew Knowles (Lancaster, 11:30) and Fraser Sproul (Sedbergh, 11:38) soon followed, while RGS Guildford had the ever-improving Tom Jones opening strongly in 11:44.

Ermysted’s remained ahead with Josh Carnelly throughout leg 2, though Ben Fitzpatrick (RGS) closed slightly. Just behind, Josh Prendergast was scything through for the leg-fastest 11:49—an astonishing time for a Y9 pupil—bringing Judd into an unexpectedly strong contention for the lead at this stage. Judd teammate Alex Beeston swept ahead on leg 3 with a strong 11:48; Midland champion Liam Rawlings (Thomas Telford) ran an unnoticed 3rd leg-fastest 11:39. The contest was as good as over by leg 4, as Judd’s Kingston (11:21) took a minute out of the chasers with his finest relay leg to date. Time-adjusted for the 1991 course shortening, Judd’s 71:09 is the 14th best in history –and the fastest team time in a generation. All eyes turned to the intriguing battle for second: Ermysted’s national champion Alex Thompson, finishing with a tantalising 38s lead over GB international Will Barnicoat of RGS Guildford, taking bronze.

The 4-stage Girls’ race saw an absorbing tussle between Bradford and Woodbridge, but it was Indie King who broke away late on to take the first leg for Loughborough HS in 13:19 from Millie Wills (Millfield) and Rebecca Flaherty (Bradford). UK Champion Ruby Vinton—expected to perform well here again—surged into the lead for Woodbridge in stage 2 in a manner similar to last year, albeit slightly slower (13:15). No change on leg 3, with Amy Goddard holding a minute-lead for the Suffolk school, but Bradford saved Emily Gibbins for an inspired 13:30 anchor to snatch glory with 1km to go, with a team time of 56:01. Woodbridge held silver, and Upton Hall denied Millfield another podium finish, taking third place.

King Henrys, assisted this year by teacher Paul Robbins and GB athlete and coach Glynn Tromans, secured another victory over their friendly rival Bablake, with Head Boy George Gawthorpe running the fastest lap (13:27) in the Boys’ race, and to balance it up, Bablake beat Henry’s in the Girls’ race, Sarah Brown running Henry’s fastest lap (15:53). Other schools in the city, who often attend (such as West Coventry Academy, who won the Girls’ race in 2008) did not manage to get teams together this year—it is hoped that in the 50th race event in February 2021, more of the local talent can come along!

In the presentations back at the school, Coventry Olympian Sheila Carey—who has spent many years working with athletes in Coventry and Warwickshire—spoke about the opportunity she was given to run with the torch as part of the London 2012 Olympics, hoping to inspire some of the impressive young talent we see at the Relay every year. A big team of volunteers – lead by Mr Andrews, including teachers from the school, parents, and of course almost 100 pupils, helped to make this incredible event. 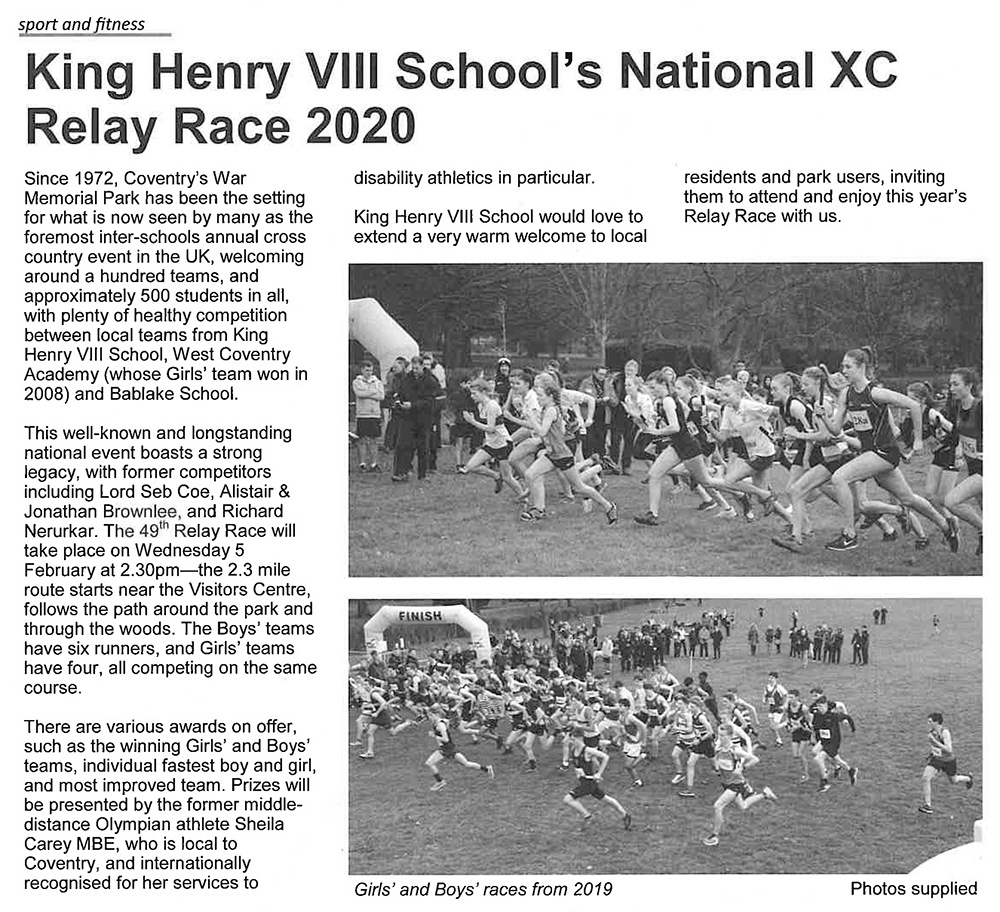 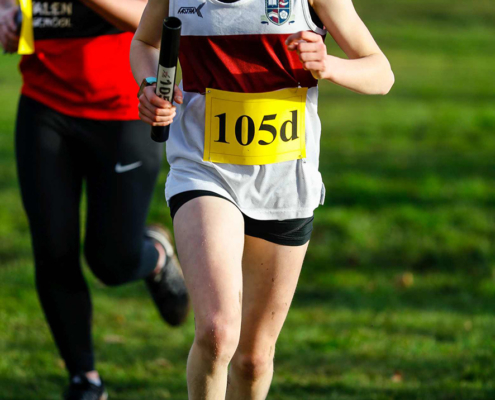 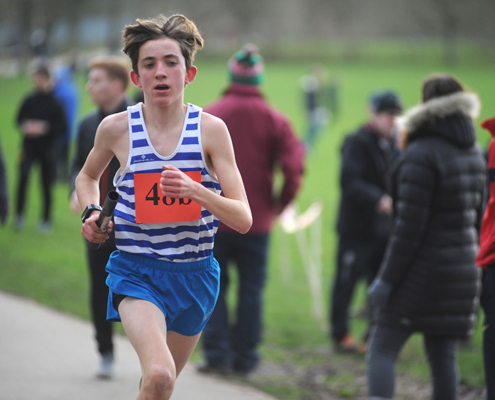 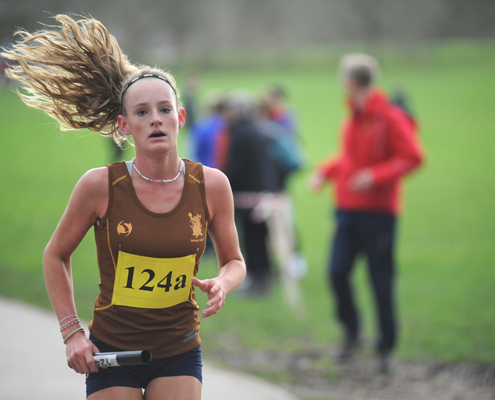 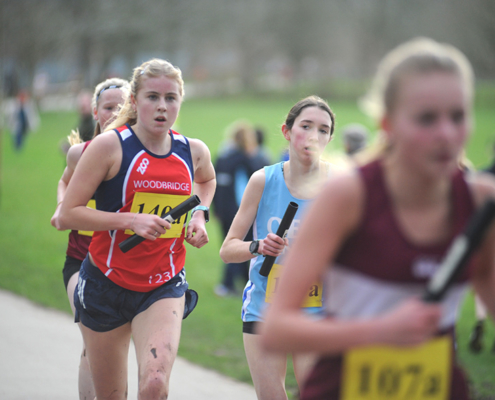 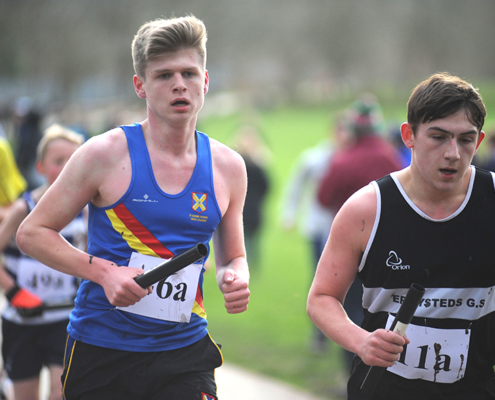 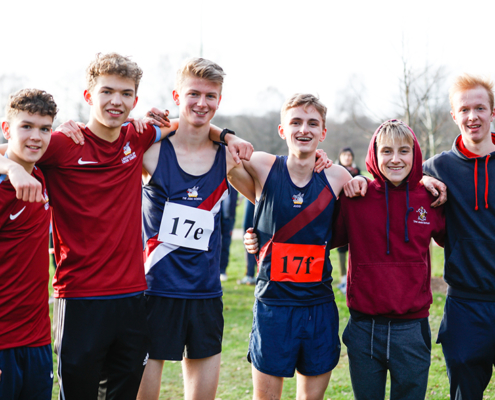 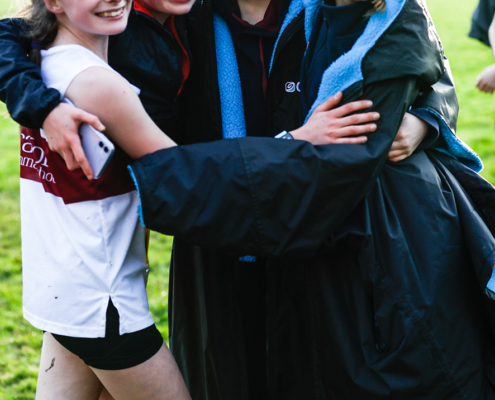 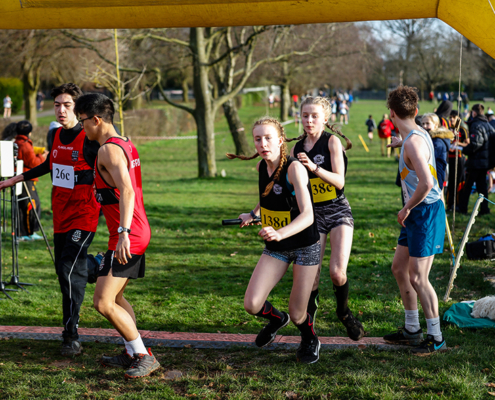 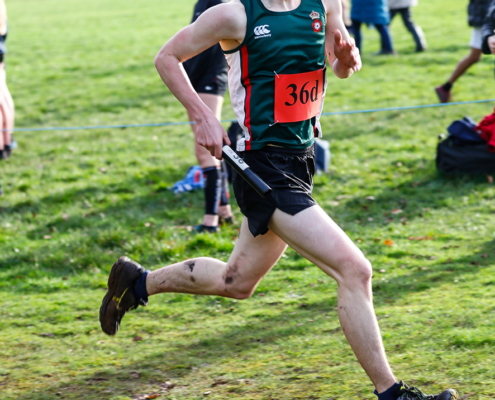 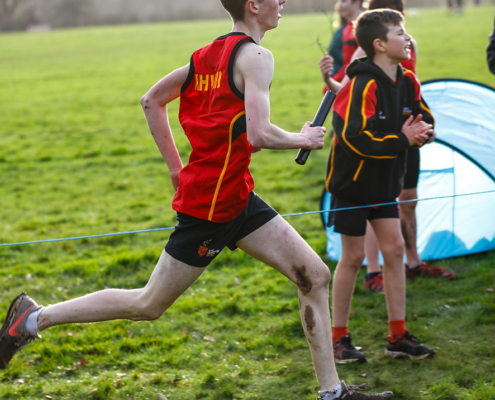 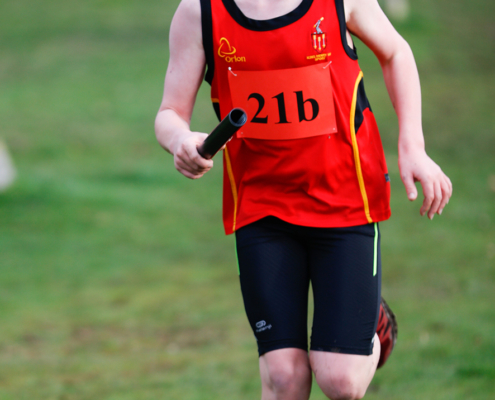 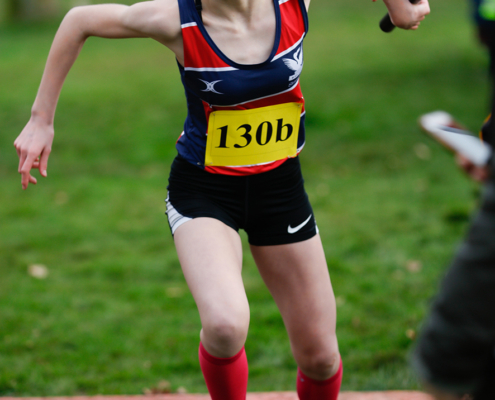 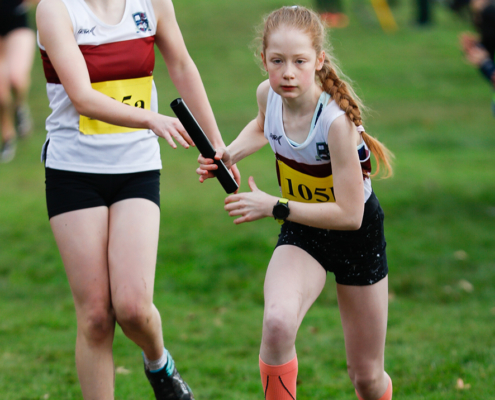 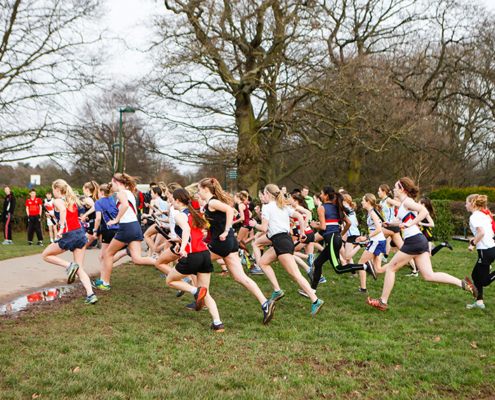 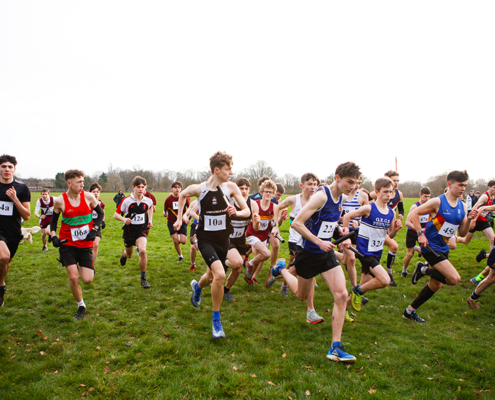 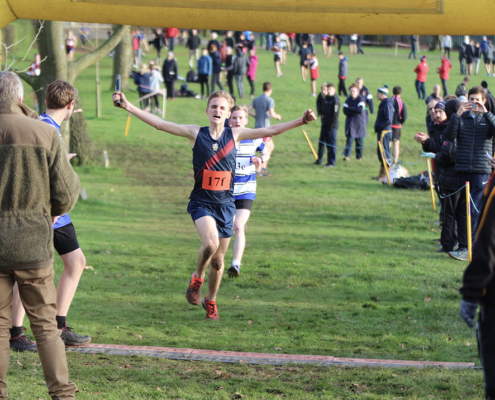 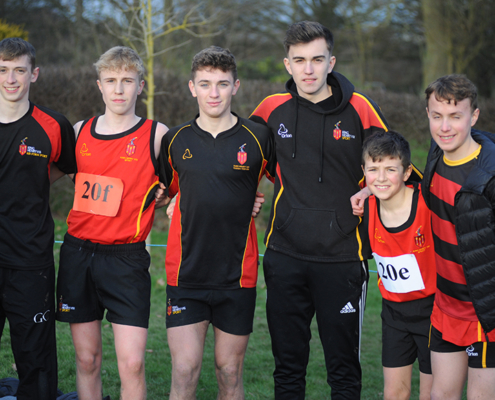 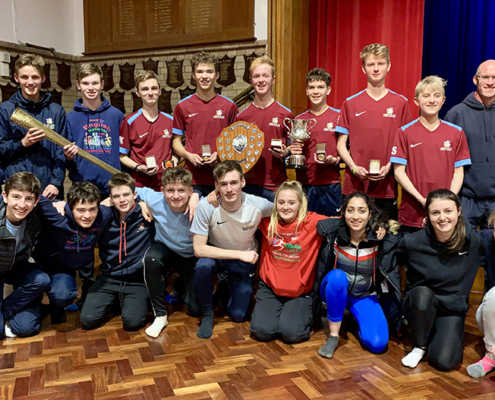 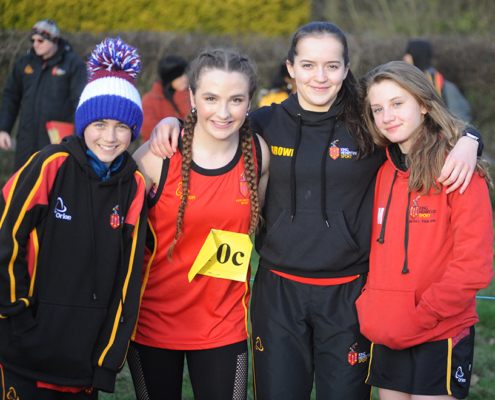 More photos from the day are available by contacting: relayrace@khviii.net